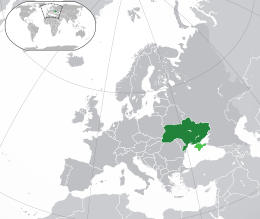 Ukraine is currently in a delicate transition phase, both at home and in its international relations. Internally, the Yanukovych presidency represents a regression in democratic freedoms, compared to the recent past, and a move from a basically democratic regime to one with authoritarian tendencies, or at least a quite hybrid one. At the level of international relations, Ukraine is in a very delicate phase, having to decide between two very different and incompatible projects. The first is joining the Customs Union promoted by Moscow, which includes Kazakhstan and Belarus, with the geopolitical and political consequences such a choice would imply, i.e. a perpetuation of a Post-Soviet style political model. The second is to adhere to an Association Agreement with the European Union, which would allow it to liberalize trade with the EU and to progress with political and economic reform, something that would bring it closer to Europe.

Baggiani is a historian and political scientist, specialising, as well as in the Post-Soviet area, in the affairs of the English and German-speaking worlds, with university qualifications also in International and Comparative Constitutional Law.